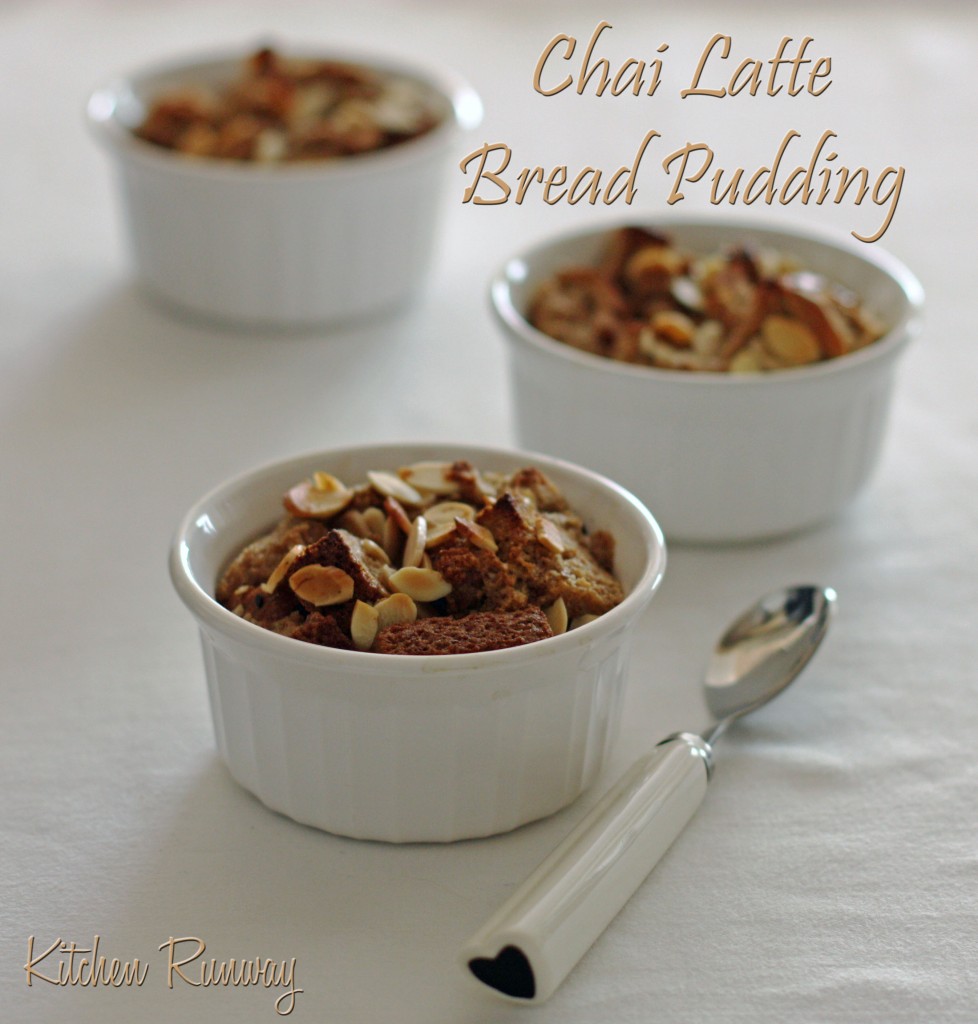 As part of the Foodbuzz Tastemaker Program, I received a loaf of Nature’s Pride Bread. I’ve never had Nature’s Pride Bread before so I was excited to give it a try. My husband, Derrick, and I thought of different recipes to make with this bread…from paninis, French toast to bread puddings. Chai Lattes are one of my favorite coffee shop indulgences so when Derrick suggested Chai Latte Bread Pudding…I knew we had to make it. I used the Healthy Multi-Grain bread, but I think the Country White bread would be delicious for this recipe too. The Multi-Grain bread makes the bread pudding a bit denser and the sliced almonds add some crunch to the soft pudding.  The chai concentrate gives the bread pudding an exotic twist with notes of cinnamon, cardamom and ginger. I also used whole milk instead of heavy cream to keep it a bit lighter. Feel free to substitute heavy cream though for a richer dessert. 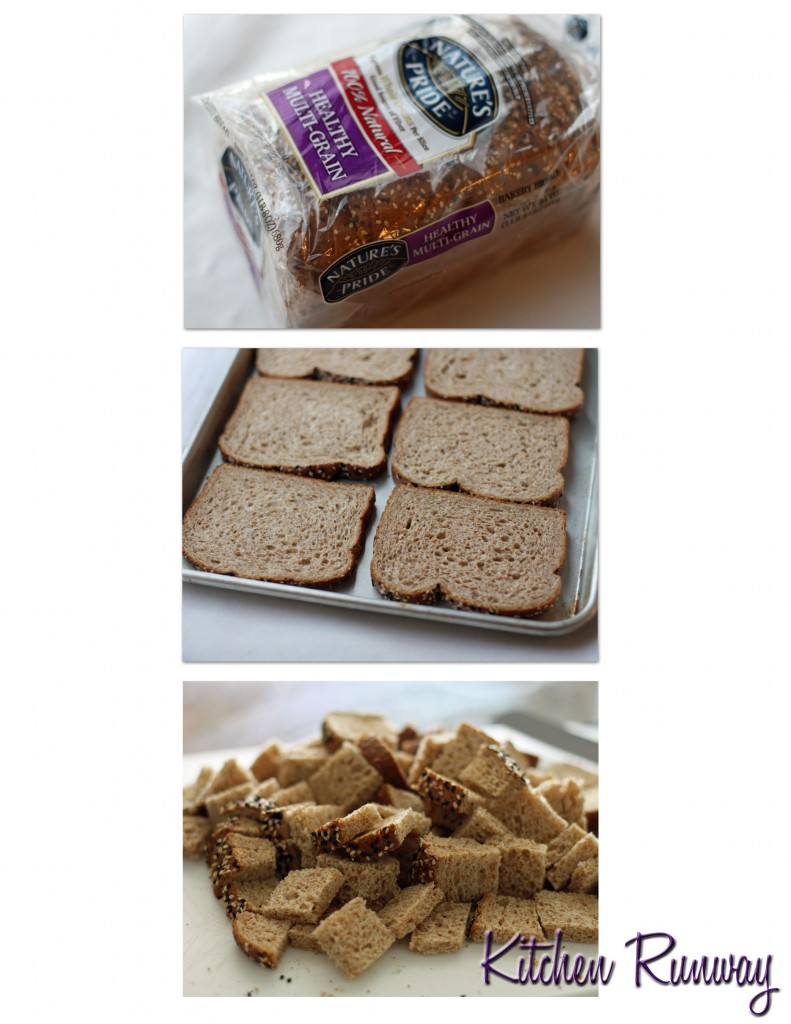 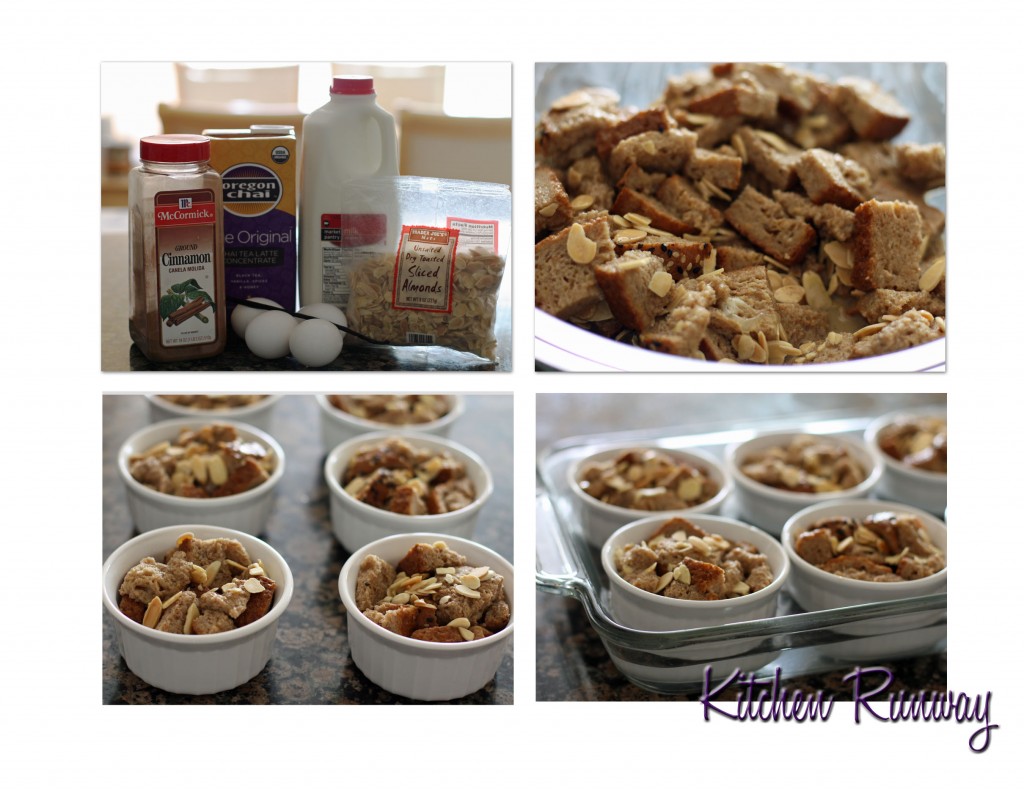 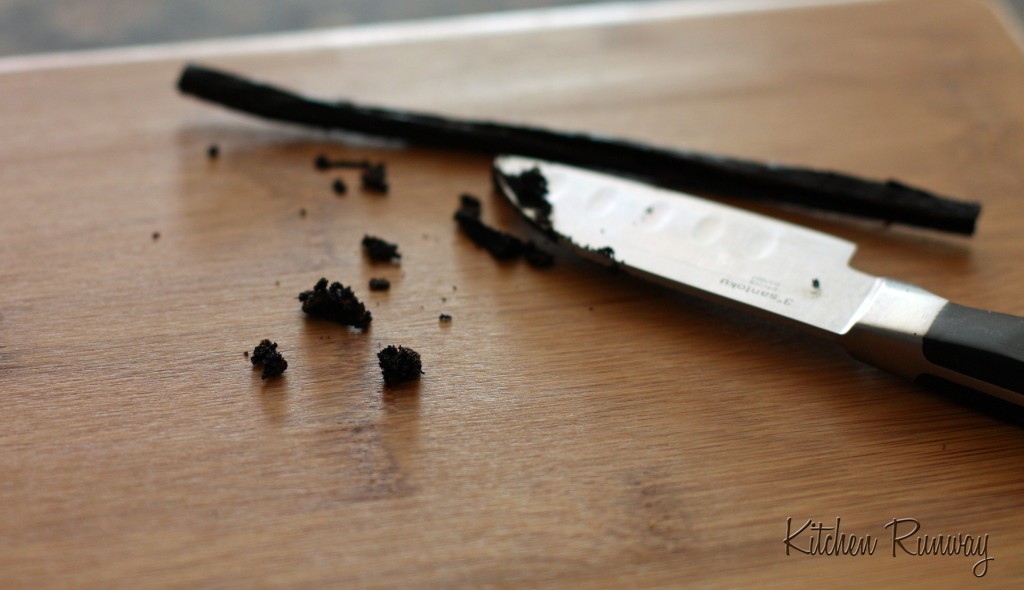 How to split & scrape a vanilla bean: cut a slit down the center then open the pod. Use a knife to scrape the sides to remove the beans. You can use the remaining pod to infuse in other recipes (ice cream, sugar, teas, etc) 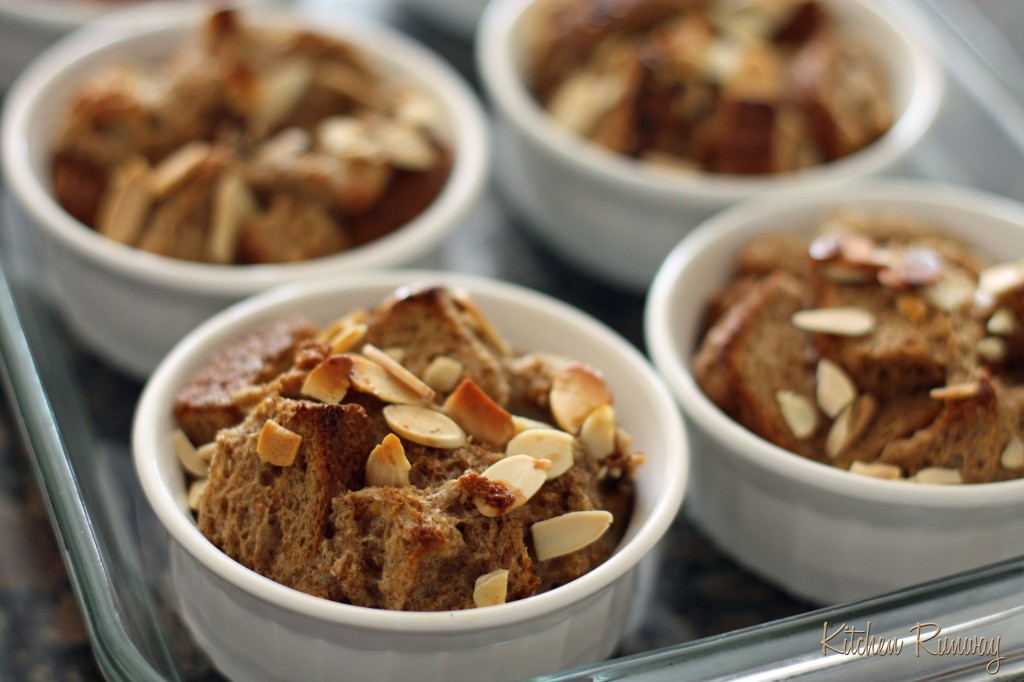 Fresh from the oven. The wonderful smell of chai fills the house as these bake.

6 slices of Nature’s Pride Bread of your choice, left out uncovered over night then cubed into 1 inch cubes

1 Vanilla Bean, split in half and scraped