Secrets from television’s hottest celebrity chefs and extraordinary small bites from Los Angeles’ trendiest dining establishments were all the buzz at this year’s The Taste.  It was 4 days of fabulous food, drinks and demonstrations set in some of Los Angeles’ best backdrops: Downtown Los Angeles, Hollywood and Beverly Hills.  We indulged in an afternoon of sensory overload with all of the amazing sights and smells at Saturday’s “Secrets from the Kitchen and Cellar” event in Beverly Hills.  Food personalities such as Scott Conant (restaurateur and creative mind behind Scarpetta), Claire Robinson (of the The Food Network show The 5 Ingredient Fix), Aarti Sequeira (winner of season 6 of the Next Food Network Star), and Michael Voltaggio (winner of Bravo’s season 6 of Top Chef who is about to open his first restaurant,  Ink, on September 21st) lead cooking demonstrations and spoke on panels.  We enjoyed watching the cooking demonstrations, panel discussions and feasting on fabulous small plates, but what we truly enjoyed was getting to meet the chefs. 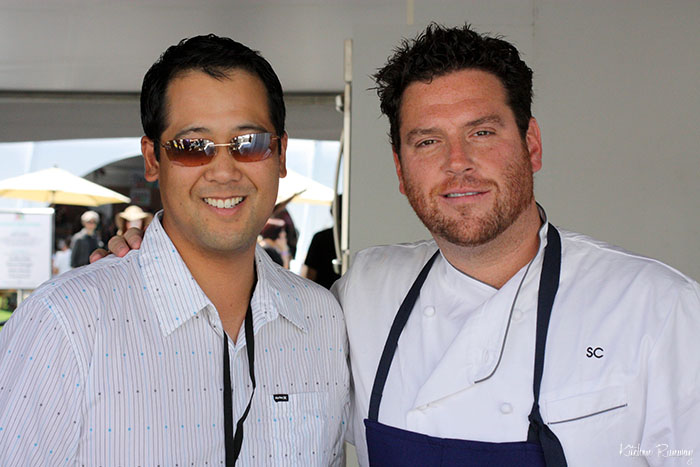 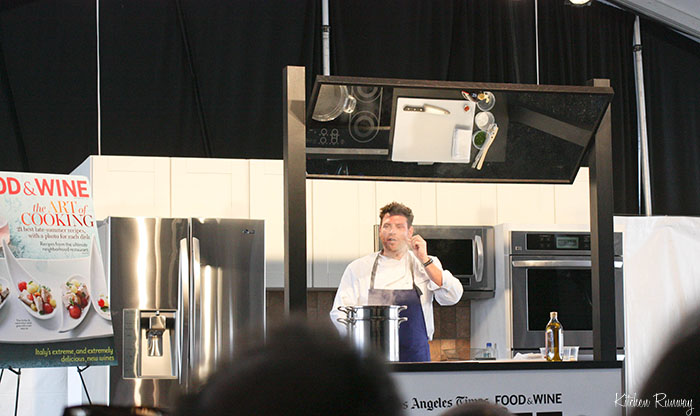 One of the first demonstrations we watched was Scott Conant, restaurateur and celebrity judge on The Food Network show Chopped.  He prepared a couple of “simple and soulful” pasta dishes as well as shared some anecdotes about himself and his culinary career.  He talked about growing up in Connecticut and falling into Culinary Arts when the enrollment for his high school plumbing vocational program was full.  He worked 60 hour weeks in a restaurant at the early age of 15 while attending school.  He soon fell in love with the industry and never gave plumbing another thought.  Knowing that he had a reputation on Chopped as very particular and tough, he was quick to interject “see, I’m a nice guy…” throughout his presentation.  He even jokingly asked how many food bloggers were in the audience in hopes to convince them to  help spread the word of his nice guy persona.  Think he was trying to get a point across?  He did however, do a tremendous job of connecting with the entire audience and engaging them to share in his passion and expertise in the kitchen.

Scott went on to share a few tricks and techniques on preparing some homemade pasta dishes: spaghetti aglio e olio and penne tossed with tomatoes, mozzarella and basil.  They’re simple but traditional Italian dishes that highlights fresh ingredients.  He stressed the importance of using quality ingredients and allowing the ingredients to speak for themselves, which is the key to Italian cooking.  One of his favorite techniques was one that he learned from his mother and that was to make sure the water you use to cook your pasta tasted salty like a “broth”.  You can then use that starchy broth to finish off your dish.   He laughingly dispelled the old wise tale of tossing your pasta on the wall to see if it sticks as a doneness technique. Pastas should be cooked al dente and not until they are a limp and soft mess.  Scott shared with us in a quick interview afterwards that he has been busy at work on a few new projects that he can’t share with the general public yet, but he will likely have more in store for us after successfully launching his fifth Scarpetta restaurant as well as a restaurant called D.O.C.G. Enoteca at the Cosmopolitan in Las Vegas.

Also on the docket for us was seeing Claire Robinson, host of Challenge on Food Network and The 5 Ingredient Fix, in action with a quick demonstration on making your own bloody mary mix with fresh ingredients, making homemade date butter and scones.  She did a great job keeping us entertained and made cooking approachable – especially with 5 ingredients or less!

We realized that these extraordinary food personalities are on television for a reason.  They’re charismatic, entertaining, and experts at their craft.  They’re comfortable on stage and can multi-task:  cook, teach, keep eye contact, stay focused, answer questions, tell stories, engage their audience, smile, educate and the list goes on and on.  What we see on television is a small glimpse of who they really are.  Television is edited and it shows restraint while when you watch them live, you’ll see the true depth of their personalities.  It was a fun and exciting experience.

We definitely want to share a few pictures from the afternoon event, but first take a look at our favorite of the day which was a crispy pork belly porcetto from Sotto.  It was heavenly with such depth in the textures and tastes. It was rich, juicy and flavorful.

Hands down - one of the most delicious bites all weekend at The Taste! Thanks Sotto for a mesmerizing food moment!

The dishes from Scarpetta were luscious and satisfying. The creamy polenta with fricassee of truffled mushrooms were dreamy and the yellow tail was delicious! We want to go back to Scarpetta's for the full experience! Scott - now is a great time to be a "nice guy"! 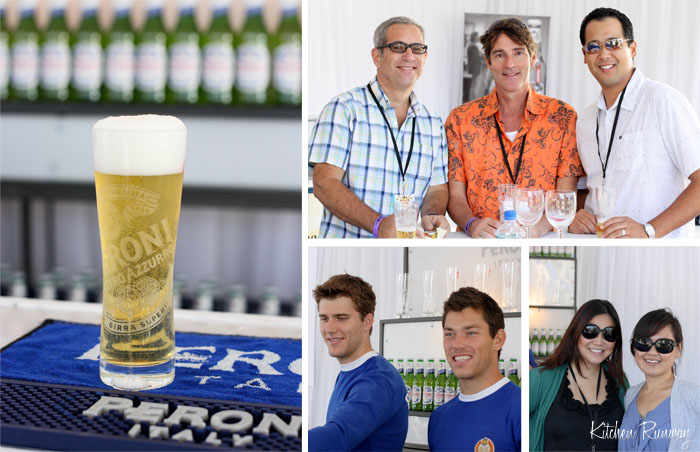 Peroni Beer reminds us of our honeymoon in Italy. The Peroni Lounge was a relaxing and modern space to catch up with friends such as Greg (Sippity Sup) and my friend Amy!

Amy was lucky enough to win tickets from Xoia Eats to the event!  It was a fun surprise to run into her.  That just goes to say – if you don’t enter you’ll never win!  We’re speaking from experience – last year we won tickets to the Food & Wine Taste of Beverly Hills from Compartes Chocolatier! Thank you again Jonathon! 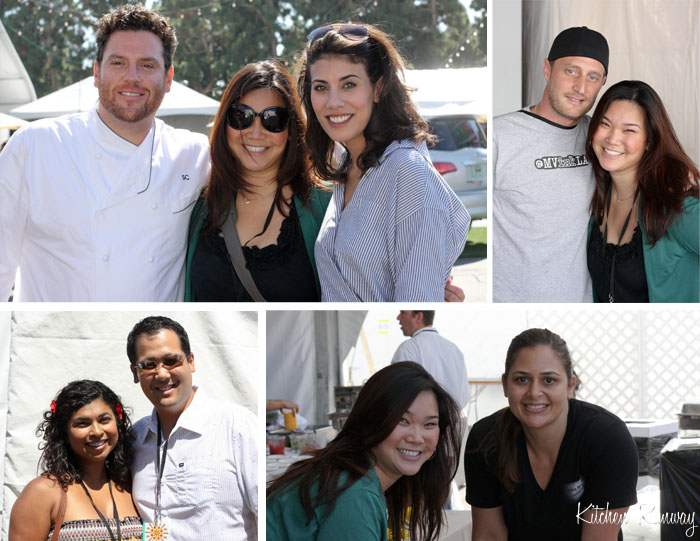 We ate, drank and learned (a lot)!  It was a fun and satisfying day in The Hills!  This was just the beginning of our 4 day culinary adventure… there’s more to come!