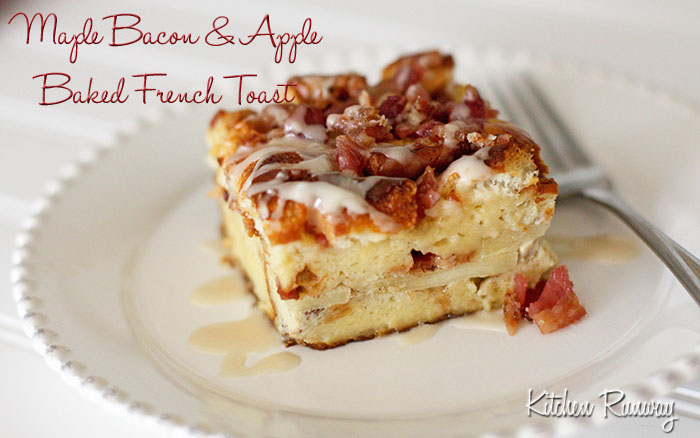 As part of the Foodbuzz Tastemaker Program we were challenged to create a spring brunch dish using King’s Hawaiian breads.  We jumped at the chance.   King’s Hawaiian rolls are a staple in our house.  It’s great toasted with a smear of nutella for a quick snack or served along two eggs over easy for a satisfying breakfast.  King’s Hawaiian bread is slightly sweet, incredibly soft and is a great canvas for so many dishes.  We decided to go with a baked French Toast dish that would be perfect for spring.  It’s a great dish to entertain with since you can make it the night before and baked it before your guest arrive.  I am a big fan of make ahead meals!  What makes this French toast special is the addition of maple bacon and Fuji apples.  The bacon adds a layer of sweet maple flavor and saltiness to this dish.  The apples helps cut the richness and is a wonderful compliment to the savory bacon.  We top the baked French toast off with more crumbled bacon and a drizzle of maple glaze.  This will be a sure hit at the next brunch or baby/bridal shower! 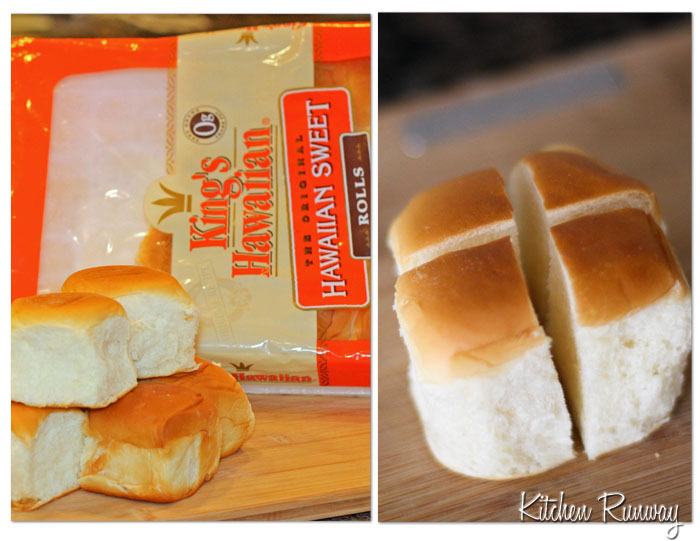 Quartered and ready to "dry out" on a baking sheet