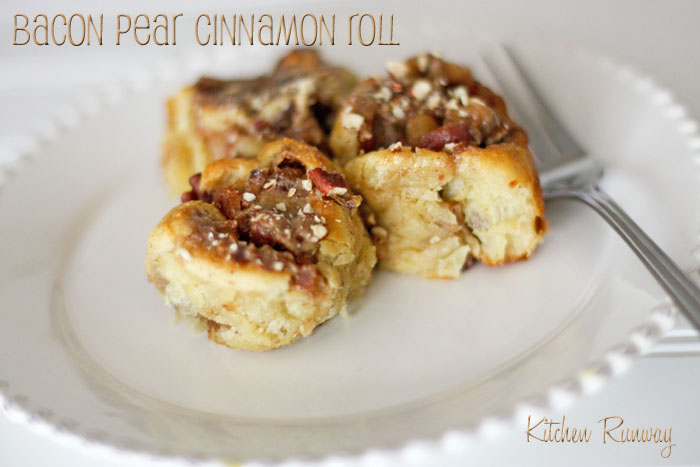 Bacon Pear Cinnamon Rolls may sound a bit different, but trust me the combination is incredible!  It’s a mix of sweet and savory in every bite.  The maple bacon, cinnamon pears and toasted pecans are wrapped in a buttery roll that has been smeared with a delicious maple syrup and cream cheese mixture. Which is then baked to a gooey perfection and topped with more “smear” and pecans.    I assembled the rolls the night before and baked them to bring to work the next day.  My co-workers loved it and were pleasantly surprise with how well all the flavors worked together.  It just goes to say that different is good!

How did I come up with this idea of a Bacon Pear Cinnamon Roll?  Denny’s and Foodbuzz was hosting a BACONALIA challenge.  I love challenges, espcially if it involves coming up with interesting and new ways to serve up bacon!  These challenges allow me to be creative and to think outside of the box. 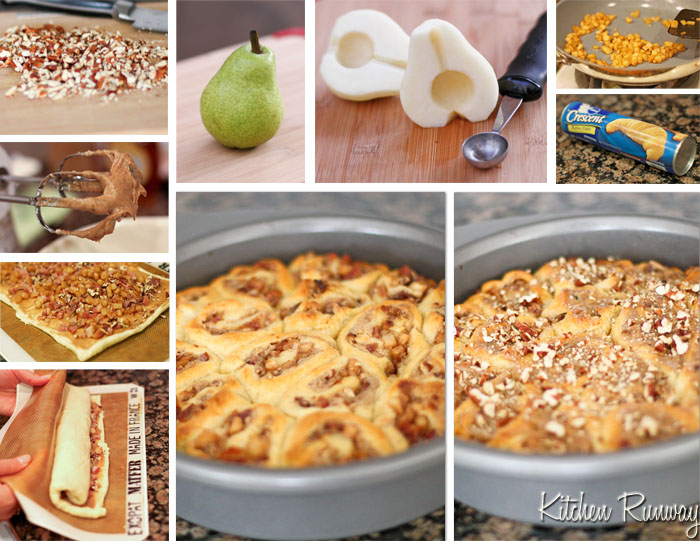 This smells so good when it's baking in the oven - maple, bacon & cinnamon...mmmm! TIP: I find a melon baller is the perfect tool to remove the seeds from pears & apples! 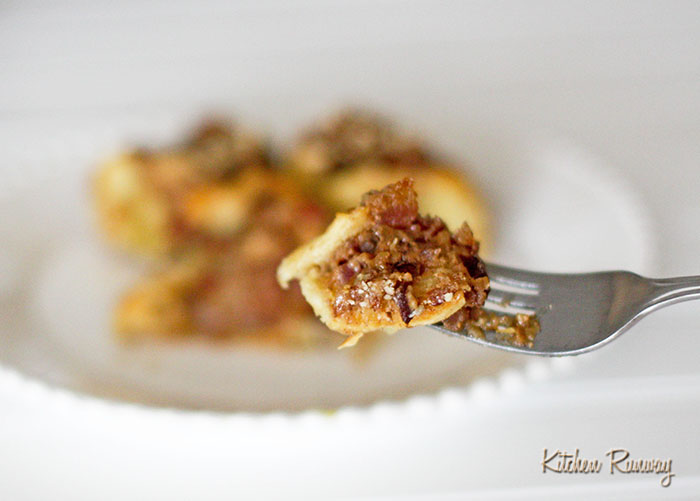 You didn't think I was going to go through a "photo shoot" without eating it did ya? 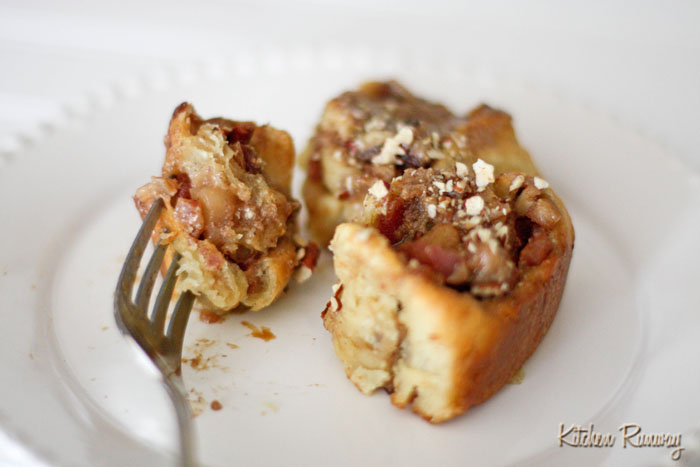